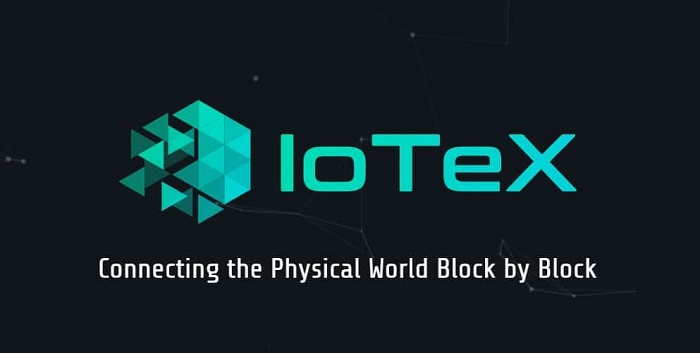 After looking at 36 token announcements, we’re picking Iotex as our ICO of the Day.

In spite of its rapid growth and evolution, the Internet of Things (IoT) lacks “killer apps” to reach mass adoption and draw more users into the ecosystem. The main issues associated with the IoT are scalability, privacy concerns, high operational costs, and lack of functional value.

The decentralized nature of blockchain could provide a solution, preventing data being stolen when uploaded to the cloud. Another benefit would be smart contract implementation, which enables autonomous device coordination for creating functional values.

But blockchains have limitations, and this is where IoTeX comes in. Powered by a privacy-centric blockchain, the new project aims to become a decentralized network for the IoT, leveraging several core innovations, including its own fast consensus mechanism based on delegated proof-of-stake, somewhat like NEO.

However, it uses randomized proof-of-stake to make it more secure and finalized. Every time a block is produced, that block is final; it doesn’t need to wait for confirmations which make things a lot easier in the IoT scenario.

Although the concept is viable, IoTeX has a direct competitor, namely IOTA which uses the DAG-based system to solves the scalability problem. However, the main challenges with IOTA is security – the network can be attacked fairly easily with one powerful computer.

IoTeX doesn’t use DAG. It leverages traditional Blockchain technology to solve the scalability problem with subchains. Another innovative aspect is the use of ring signatures, similar to Monero and zero protocol, similar to ZeroCash. But they’ve written their own lightweight privacy algorithm that is quicker to use.

Unlike IOTA, IoTeX has smart contracts, which they claim is important for IoT if you want to program certain devices to do certain tasks, without the device managing the processing part.

The team behind IoTeX is top-notch. The co-founders have PhDs in cryptography and machine learning, meaning they’re all well-versed in cryptocurrency and Blockchain technology. The project also includes all-star advisors specialized in cryptography, venture capital, and finance. They have a great panel of investors featured on their website, including NEO, the 6th most valuable cryptocurrency in the market.

The IoTeX coin will initially exist as an ERC20 token on Ethereum. Following the IoTeX mainnet launch, it will migrate and become the “fuel” of the entire network. Its main purposes will be to execute transactions and run distributed apps on the IoTeX blockchain. In terms of tokenomics, the $25 million hardcap is a viable goal the team might achieve.

Considering the team behind the IoTeX project is highly experienced in cryptocurrency and cryptography, execution risk is lowered. Out of their $30 million hard cap, $25 million has already been raised, which shows there is strong investment interest in the ICO.

Overall, the IoTex project seems to have several clearly-established goals in mind. The team managed to gather different characteristics from other blockchains, and put it into the development of a super-blockchain.


All Logos and Images property of their respective companies.

Disclaimer: ICOBriefing does extremely early-stage research of token offerings. As the project progresses, details may change significantly or completely. Always do your own research and do not invest more than you can afford to lose.