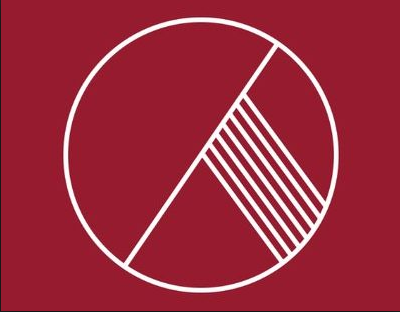 Agora runs on a custom blockchain which has been developed since 2015. They aim to be the first block chain voting solution capable of meeting the performance needs of a mission-critical election. Moreover, Agora strives to spread fair and transparent polls around the world, through a correct end-to-end blockchain technology.

Agora runs on a custom blockchain which has been developed since 2015. They aim to be the first block chain voting solution capable of meeting the performance needs of a mission-critical election. Moreover, Agora strives to spread fair and transparent polls around the world, through a correct end-to-end blockchain technology.

Blockchain plays an essential role in building Agora’s reliable and trustworthy voting solutions. With the help of blockchain, votes are ensured that they are recorded accurately, transparently, permanently, and securely. Agora has already identified the key characteristics necessary for a successful and trustworthy election.

Agora comprises of skilled cryptographers and security scientists who can build blockchain based solutions for voters. The team has a common goal of spreading fair and transparent elections around the world, and they are very passionate about delivering this technology. Their passion and skills bring out the best output possible for voters to use.

Moreover, the team already has several years of experience in providing electoral solutions to the electoral system. They have consistently been able to create networks which are tamper-proof throughout the entire voting process, and offer full transparency to voters as well as the general public. As a result, the team is knowledgeable of the kind of improvement needed for block-chain voting, as well as the proper technology to be used.

The VOTE token is the native token of the Agora network, and they can be acquired through the continuous transactions with Agora. The token is used to reward Citizen Auditor Notes and Consensus Nodes.

The Citizen Auditor nodes are run by VOTE token holders who provide auditing services with Agora. The tokens serve as a pledge to them, which helps ensure the integrity of Citizen Auditor Nodes. A breach of their contact would lead to a forfeiture of their pledged VOTE tokens. The role of Citizen Auditors is crucial because they are tasked to perform audits on the election, and in exchange for their service, they receive VOTE tokens as payment.

Consensus Nodes, on the other hand, are granted to specific groups which are politically neutral. They process transactions and provide consensus for data stored on Agora’s blockchain. The VOTE tokens can be acquired easily, and the flow is simple. The tokens allow citizens and users to contribute to a secure and transparent election process with Agora and receive payment in VOTE tokens later on.

With a highly skilled team, the technology seems to be on its way to success sooner or later. Agora’s goals are clearly defined, and their objectives and plan to reach them don’t seem to have any threats or problems. However, a lot of consideration needs to be done with regards to introducing the concept of voting in the blockchain.

Also, there are a lot of variables which have to be considered in the success of Agora’s model. For one, the tokens are reliant on external groups. It is through the group’s participating in which the VOTE tokens are eventually replenished.

Agora is a great project, and it has a lot of potential in the blockchain technology. It offers a service which is highly anticipated, and without a doubt, the project will be a success. With an experienced team such as Agora’s, there’s no question that Agora will revolutionize transparency and security of blockchain.

Agora may still have some challenges to face, but their promise is something everyone should look forward to seeing later.

AGORA VOTING ICO Review
Sunday, October 14, 2018
★★★★☆
“ They claim to be a decentralized tamper-proof transparent voting system. Apparently voting is one of the best use-case for decentralized open blockchains. Digitization of the voting process would help save costs as many countries still use paper ballots. Also, it would help to avoid armed threats during election which could prevent people from voting, but if they don’t have to go to the voting institution and are able to vote on their smartphone they could do it at the comfort of their own home. Traditional electronic voting systems are also prone to political collusion. This isn’t limited to political voting either, companies and organizations could also utilize this voting system for their benefit. This ICO’s utility has no question.”
- Evan Ezquer
AGORA VOTING ICO Review
4.0 rating based on 12,345 ratings
Overall rating: 4 out of 5 based on 1 reviews.
Anonymous