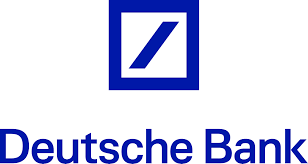 Deutsche Bank New Zealand is a subsidiary of the German global banking company. They ceased operations in New Zealand in August 2016.

The bankÃ‚first obtained its New Zealand banking registration in November 1996. From there it serviced the citizens whilst provide a wide range of financial and banking services.

Unfortunately, in October 2015, Deutsche Bank conducted a global overhaul of its operation, in which the decision was made to withdraw operations from 10 counties. One of those being New Zealand.

New Zealand clients are planned to be serviced from the bank’s locations in Australia following the office closure in Auckland.

29 employees that were based in the Auckland office will unfortunately no longer be working with Deutsche Bank in the future, unless of course they transfer or move to another country.

The official date of de-registration was on 29 August 2016. We wish the former employees of the bank all the best in their future endeavours.

You can find a list of other New Zealand banks here.

Deutsche Bank New Zealand
0.0 rating based on 12,345 ratings
Overall rating: 0 out of 5 based on 0 reviews.
Anonymous